The journal has existed since 1922. Can you tell us about its origins?

On the 18th of May, 1922, at its sixteenth annual meeting, the Historic Landmarks Association changed its name to the Canadian Historical Association (CHA). The Historic Landmarks Association was itself a product of the Royal Society of Canada. From 1907 to 1922, it met each year at the same time as the Royal Society of Canada. In 1915, it began publishing its own annual report. By 1921, it had been so successful in attracting public interest that agencies of the federal government and the provinces, in particular Historic Sites and Monuments Board of Canada, largely took charge of the publication of the report.

At the same time, as a result of an increase of interest in the history of Canada, the need arose to create a Canadian historical society that was larger and more extensive and attractive than the Historic Landmarks Association [1]1Report of the Annual Meeting of the Canadian Historical Association
Minutes of the Annual Meeting
1922. The Association’s council was charged with the preparation of a constitution intended to broaden the framework of the society’s activities. The foundation of the CHS on the 18th of May in 1922 was response to the council’s recommendations

In the course of such a long history, it can be assumed that the Journal underwent a number of significant changes. What were the most important events?

The CHA, with a puny budget that never exceeded a few thousands of dollars per year, published an annual report that became a major scholarly journal publishing original articles by the greatest historians of the country.

Because of this very limited budget, the Report was published by the Dominion Parks Branch of the Department of the Interior from 1922 to 1925 and, from 1925 to 1932, by the National Archives. In 1933, in the absence of the usual government contribution, grants from Senator Carine Wilson and Mrs. A.C. Hardy of Brockville made its publication possible. Four years later the Council was forced once again to consider the future of the Annual Report as it had become necessary to draw upon the capital account to print the 1946 volume.

In 1966, the title Annual Report was changed to Historical Papers/ Communications historiques which is closer to the current content of the journal. In 1995, the Historical Papers became Journal of the Canadian Historical Association/Revue de la Société historique du Canada.

Does the fact that the Journal is the official publication of an association explain its longevity?

Each year, the CHA holds its annual meeting. The best papers presented in one of Canada’s two official languages and whose manuscripts have been submitted to the editorial committee are published, regardless of the field or method of research. In other words, the Journal could not exist without the association and its success is ensured by the annual meeting.

This year marks 150 years of Confederation. What comparisons can be made between the history of Canada and that of the Journal? Like the surrounding society, the content as well as the governance of the Journal have evolved and are intimately linked to the society’s culture in general. This has been true since the establishment of the Journal. For example, authors published in the Journal were mostly men until the end of the 1960s. The topics covered in the Journal also reflect societal evolution. Papers on Canadian political history have decreased over the years to make room for social history, women’s history, the history of minorities, and international topics, etc. The Journal publishes papers that have relevance at a given moment. The Journal will thus publish a special issue on the 150 years of the Canadian Confederation on the occasion of the one hundred and fiftieth anniversary of the country.

Like the CHA, the journal is bilingual. What does this imply?

The policy of the journal’s editors has always been to publish the best papers presented at the annual meeting of the CHA, regardless of the paper’s language. Naturally, the CHS solicits papers in French to try to maintain a balance between the two languages; this balance, however, remains difficult to achieve given the preponderance of papers submitted in English. Furthermore, it is important for us that at least one of the three directors of the magazine be a francophone and that the editorial committee always have several francophone members.

Can you imagine what it will be like the magazine during the “Canada 200”?

It would be foolhardy to try to predict the future of our journal or of any other scholarly journal, except perhaps to imagine that it will no longer be available in print and that articles will be much more interdisciplinary and published on platforms accessible to all.

It is a continuation of the series, Report of the Annual Meeting of the Canadian Historical Association/Rapports annuels de la Société historique du Canada (1922-1965) and Historical Papers / Communications historiques (1966-1989).

Their complete archives are available online free of charge on Érudit.

Report of the Annual Meeting of the Canadian Historical Association, 1922-1964, 44 volumes.

Journal of the Canadian Historical Association, since 1990, 26 volumes, 36 issues.

Between 1973 and 2006, the Canadian Historical Association published a series of booklets intended to provide the general reader, the teacher and the historical specialist with concise accounts of specific historical issues in Canadian history. The 64 Historical Booklets are available in English and French on the Library and Archives Canada’s website. 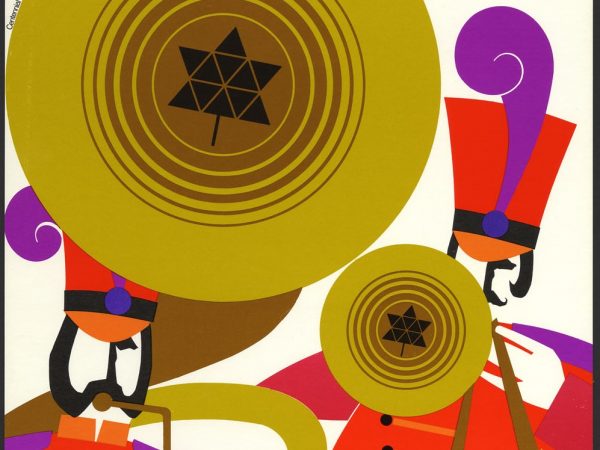 The representations of linguistic duality by the federal government during the Confederation’s important anniversaries reveal both the cultural and linguistic context of the time as well as its abstract constitutional principles. What can we learn about the parts played by the French and English languages during Canada’s anniversary celebrations, from 1897 to the 150th?