To conduct this study, we analyzed slightly more than 1,100,000 downloads for the period 2011-2015, including 475,000 from Canada and 625,000 from abroad. These downloads were examined separately in order to focus more clearly on the effect of subscriptions which are mostly Canadian. By “download”, we mean the online consultation of the full text of a document in PDF or HTML format.

> Delayed open access means that journal articles are restricted to subscribers for a period of two years; then they are open to all. At the time of the study (early 2016), the majority of scholarly journals distributed by Érudit had delayed open access status.

> Immediate open access means that journal articles are accessible to all, without subscription, as soon as they are put online.

By comparing the evolution of article downloads published at the same time in delayed open access or in immediate open access, we have been able to observe several phenomena. Analysis of downloads in Canada, where the majority of subscribers live, has allowed us to observe that:

> An article with immediate open access released in 2011 was downloaded, on average, 40 times its first year of circulation subsequently rising to an average of 56 annual downloads in 2015.

> An article with delayed open access released at the same time was downloaded 17 times on average rising to an average of 51 downloads the fifth year.

_After 5 years, journals with delayed open access have still not made up lost ground even though the pay wall disappears after 2 years. > An article with immediate open access released in 2011 is downloaded 48 times on average in its first year of circulation rising to an average of 86 downloads in the fifth year.

> An article with delayed open access released at the same time is downloaded on average 4 times rising to an average of 99 annual downloads four years later.

_Articles with delayed open access are downloaded more often in Canada than abroad no doubt because of the significant number of Canadian subscribers. They remain on the whole, however, downloaded much less often than those with immediate open access.

> Immediate open access journals seem to benefit even more insofar as they are often more recent and they have thus had less time to accumulate symbolic capital in their field.

_There is a difference in the use-curve of downloaded articles in Canada and abroad.

Given the large number of Canadian subscribers, the use-curve of delayed open access journals is more linear in Canada than abroad perhaps because the latter benefit more from the “immediacy factor” or, in other words, from the exaggerated number of citations given to recent scholarly publications [1]1in Arthur Jack Meadows (ed.), The Scientific Journal: London, Aslib
Networks of scientific papers
1979.

Outside Canada, this factor seems to be delayed: journals with delayed open access experience a considerable increase in downloads following the fall of the pay wall.

The script that we used to process the study data is available at https://github.com/yorrick/download-data. Member of the Canada Research Chair on the Transformations of Scholarly Communication, Analyst in the management of digital informationat Érudit 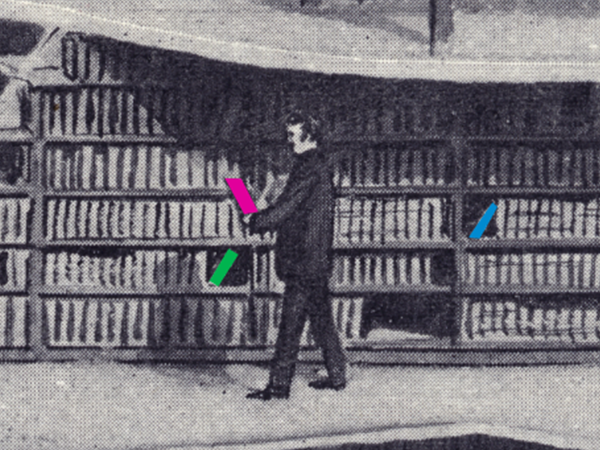 Lien social et Politiques (LSP) is an international, multidisciplinary, francophone journal dedicated to the themes of social relations, social problems and public policies. In 2015, with the publication of its 73rd issue, the magazine made the move to open access. LSP has been available in digital format since 2002 and in digital format exclusively since 2014. Johanne Charbonneau, journal editor from 2011 to 2017, explains what motivated these changes and how they were negotiated.