Can you explain what motivated the journal to move to open access?

Lien social et Politiques (LSP) had long been published only in print format. Copies were mailed to subscribers and made available in bookstores in Quebec and France. A major change occurred in 2002 when the journal first began publishing in digital format on the Érudit platform. Subscribers had access to the latest issues—and always received a print copy—but the articles entered open access after two years. The last issue of the journal distributed in print and digital format was published in 2014. The journal then committed itself to open access.

The move to open access was announced in a grant application submitted to SSHRC in the summer of 2014 for the Aid to Scholarly Journals competition. Winning the grant confirmed our decision. Reflection on the move had begun the previous year. Although the guidelines of the granting agencies in this area were not yet known, we suspected that they would strongly encourage journals to favour this format. Our subscriptions were, moreover, in decline, a fact uncovered during the preparation of grant applications. We understood that the journal could no longer hope to cover its operating costs from subscription income—which had been the case in the past. The dependence of LSP on financial the resources offered to journals by SSHRC and FRQSC was now confirmed. In this context, subscription income still constituted an interesting but non-essential financial contribution.

In addition, whereas LSP had been an independent journal since its creation, it had also been decided to transfer administrative responsibility for the journal to the National Institute for Scientific Research (INRS). It thus seemed preferable to simplify the management of the journal by abolishing the subscription tracking system. Was there any resistance?

The journal’s Franco-Quebec editorial committee whole-heartedly supported the decision to move to open access which presented itself as an ideal solution to facilitate access to our articles by a wider international readership and as an obligatory passage point for all journals in the future. Procurement of support grants to journals in 2014 and 2015 (SSHRC and FRQSC) had also helped to finance the digitization of issues from 1979 to 2002 which reinforced our presence in digital space.

Have you already seen results or changes relating to the transition to open access?

The move to free full access is recent. It began with issue 73, the first issue of 2015 (the journal publishes two issues per year). The user data provided by Érudit for issues published since 2011 show that for all issues released through subscription (with a mobile barrier of two years), article downloads showed a significant increase once the barrier was removed and all items were available free of charge. LSP is a thematic review and the themes are carefully chosen to closely follow the social debates of the day. The fact is, however, that it was only two years after their publication—and the advertising of new releases long completed—that our issues really became popular! The user data concerning the two issues published with immediate open access in 2015 are unequivocal: journal readers showed immediate interest and a download peak is visible within the first month of publication.

“Before, it was only two years after their publication that our issues really became popular. With open access, journal readers showed immediate interest.”

While we do not currently have other statistics with which to document the impact of the decision of the transition to open access, we do know that the latter has profoundly transformed the activities designed to publicize the release of new issues. Potential readers can now directly access an article of interest. The promotion of new releases, in particular the ones on digital media, can easily include clickable links, for example in our widely-distributed newsletters or in messages posted on Facebook and reposted by those who follow our journal on the social media. Guest editors for thematic issues and authors can much more easily disseminate information themselves and encourage new readers to consult recently-published issues and articles.

Abandoning subscriptions also means losing a source of income. How does the journal finance open access?

Open access is now part of the journal’s identity. This choice has, of course, financial consequences, but the production costs of a scientific journal are in any event far too high to rely solely on subscriptions. LSP can continue its activities only if it receives public financial support as is the case with most other scientific journals that are not based on a system where authors pay to publish their articles in open access. Today’s readers want immediate access, without restriction, to the articles that interest them. Publications are numerous and it is easy to avoid those with paid access. Readers’ sentimental loyalty to a journal no longer exists and, in the case of a thematic journal like LSP, this had always been a major challenge. The journal has bet on open access and the future will tell us whether or not it was right.

“Today’s readers want immediate access, without restriction, to articles. Publications are numerous and it is easy to avoid those with paid access.”

Translated from French by Peter Keating. 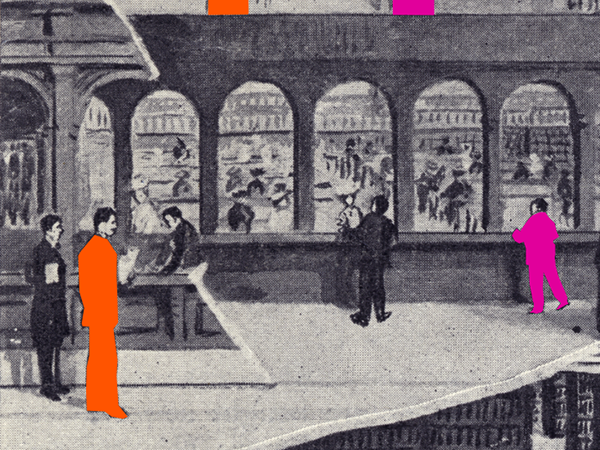 Fifty years old, but still young, Criminologie was one of the first more traditional journals to have met the challenge of open access. Since January 2017, the journal has offered unlimited, free online access to its latest issues, while continuing to publish a paper edition. In this way, it will continue to attract the best authors, renew its readership and reach out to practice settings that do not always have the means to subscribe to the journal but who, nonetheless, constitute the journal’s target audience.