I’ve been told that when the tech industry started growing, employment scholars were optimistic that this new sector would be free from gender stereotypes and occupational segregation because it had no historically-rooted “justifications” like physical strength or competencies in care for them. This optimism, however, did not last as numerous studies have shown that women face particular obstacles when it comes to fair treatment and career opportunities in IT (Information Technology)—just as they do in other male-dominated fields.

Many studies have taken an in-depth look at the low proportion of women and girls choosing to study in STEM fields (science, technology, engineering and mathematics) including IT [1]1Insights on Canadian Society, Statistics Canada
Gender differences in science, technology, engineering, mathematics and computer science (STEM) programs at university
Dec. 2013; some have found that stereotypes about programmers as well as negative experiences in the classroom are some of the factors that explain this phenomenon [2]2Open Source Business Resource
Redefining "Women's Work": Tensions Between Technology, Entrepreneurship, and Social Reproduction
July 2011, [3]3Report of the Standing Committee on the Status of Women, House of Commons
Women in Skilled Trades and Science, Technology, Engineering and Mathematics Occupations
2015. Nevertheless, some women do enter and stay in the IT industry, and there is a growing body of work examining their experiences. International studies paint a relatively dire portrait of the realities of women in tech.

They show how the field’s masculine culture and gender bias create a host of problems for women, including harassment and hostile work environments, leading many of them to leave the industry [4]4Journal of Technology Management and Innovation
"Disappearing Women": A Study of Women Who Left the UK ICT Sector
2010. They also show how women move more slowly up the corporate ladder and are rare at the top—which is true of many industries and has been studied extensively in management studies [5]5Relations industrielles
Exploring the Career Pipeline: Gender Differences in Pre-Career Expectations
2011. In Canada, women represent roughly 25% of workers in the tech industry, 19% of workers in technological occupations and roughly 20% of people in management positions in the Information and Communications Technologies sector (Statistics Canada Labour Force Survey, 2016, cited by a Women in Communications and Technology report in 2017). Research on women in IT in Canada has yielded results similar to those in other developed nations [6]6Women & Entreprise Working Paper, University of Ottawa, Telfer School of Management / CATA WIT Forum
Gender Challenges of Women in the Canadian Advanced Technology Sector
2007.

In Quebec, women’s representation in IT is similar to Canada’s. In 2015, the Chaire Claire-Bonenfant – Femmes, savoirs et sociétés (Université Laval) teamed up with TECHNOCompétences and began working on a project funded by Status of Women Canada. One of its goals was to document and understand the realities of women in the IT sector in Quebec. The research team from the Chaire is composed of two researchers specialized in IT (with many years’ experience in the industry) and two researchers specialized in women’s studies and employment equity. We conducted semi-structured interviews with managers and high-potential women in three large organizations (software development, IT consulting and video games).

We found many similarities but also some seemingly notable differences between the industry in Quebec and in the rest of Canada (see first results). These revolved mainly around two themes.

One difference is that the women we met felt they were generally well accepted in the industry and did not feel that it was particularly harsh or unfair to them as women—although some occurrences of unfair treatment and harassment were found. They did, however, recognize that it was a predominantly masculine field which meant they had to adhere to certain norms.

Another difference concerns parental leave and work-life balance. Quebec has a generous program for maternity, parental and paternal leave, that IT workers—especially those currently in their thirties—take seriously. Organizations and work teams were generally respectful of employees and managers that take these leaves. However, many agreed that temporarily leaving work, for whatever reason, often meant leaving behind influential networks and sacrificing career advancement in the short and intermediate term.

Where there are true efforts, there is optimism

The “good” news is that IT companies and IT-intensive industries (e.g. finance, online retail, etc.) face challenges in recruiting and retaining talent, which makes it a prime industry in which to see the “business case” for diversity in action. “Women in IT” is a hot topic, and business leaders generally recognize that women are an “under-exploited” talent pool. Of course, this doesn’t always go smoothly, as recent events at Google illustrate.

Recruiting and retaining women means more than just getting girls interested in pursuing studies in IT and offering flexible schedules permitting work-life balance.

In the end, what employers must understand is that recruiting and retaining women means more than just getting girls interested in pursuing studies in IT (that’s not to say that this isn’t a great place to start!), and offering flexible schedules permitting work-life balance (although these are much appreciated by employees and managers alike). These practices, although useful, hide another reality, namely, that work-life balance usually means working extra hours from home [7]7Recherches sociographiques
Dans la nouvelle économie, la conciliation entre la vie privée et la vie professionnelle passe par… l’augmentation des heures de travail!
2005. It also means taking a hard look at the masculine culture present in these high-performance jobs, as well as the subtle ways in which organizational practices and gender bias can pose obstacles to women pursuing careers in IT.

This article considers some of the most recent research into women's participation in technology and entrepreneurship and connects it to the literature on social reproduction in order to paint a more complex picture of the social and environmental factors that influence women’s career choices. Specifically, it shows how lingering biases concerning women’s reproductive functions continue to shape both men and women’s expectations regarding women’s aptitudes, interests, and fitness for various roles. These biases and stereotypes create barriers to women’s progress at various levels, including the home, the workplace, and educational institutions. The article concludes with recommendations for how educators and entrepreneurs in science and technology can promote the inclusion of women among their ranks.

Back
3
Women in Skilled Trades and Science, Technology, Engineering and Mathematics Occupations
Report of the Standing Committee on the Status of Women, House of Commons
(2015) : 53 pp.

Women continue to leave the UK ICT sector in disproportionate numbers, yet little research has documented this phenomenon. In contrast, the majority of existing studies in this area concentrate on women who remain in the ICT workplace. The ´ Disappearing Women: Northwest ICT ´ project reported in this paper focused on women who left the UK ICT sector and allowed their voices to be heard, telling how they had been overlooked and effectively silenced. Drawing on nine in-depth qualitative autobiographical interviews, we identify a typology of ´disappearing women´ from the ICT sector and several reasons for their decision to do so. The relevance of these findings for policy and practice is also discussed.

The pipeline theory suggests that increasing the number of women in male-dominated fields should lead to more equality in the labour market. This perspective does not account for differences in the expectations of men and women within the pipeline, which may serve to perpetuate inequities. This study explores the differences in the choice of academic preparation, career expectations, and career priorities of 23,413 pre-career men and women using a large sample of Canadian post-secondary students who are about to embark on their first careers. Our results indicate that, although women are increasingly entering male-dominated fields such as science/engineering and business, they continue to have lower salary expectations and expect a longer time to promotion than their male counterparts. That said, young women in male-dominated fields reported higher salary expectations than those in female-dominated fields. Additionally, young women indicated a preference for beta career priorities (e.g., work/life balance) that are associated with lower salaries, while men indicate a preference for alpha career priorities (e.g., build a sound financial base) that are associated with higher salaries. Our study also found that although women are entering the pipeline for male-dominated fields in greater numbers, it does not necessarily result in more equality for women in the labour market. We conclude that the inequities in the labour market are evident within the pre-career pipeline in the form of gendered expectations. We recommend a number of interventions that might address the expectation gap and therefore improve gender equity in the labour market.

The study indicates that many, but not all, women in the advanced technology sector believe they face “gender-specific” career challenges. The challenges are pervasive and embedded at all levels in the worker/employer and business owner/market relationship. Work-life balance dominated the challenges perceived by the women respondents: more than sixty percent ranked obtaining work-life balance among their top three challenges. Improving leadership skills (team building, people management practices and communications) and lack of women mentors followed. Gender was also cited in the context of professional credibility, lack of credentials, confidence, know-how, differences in performance expectations (e.g., performance benchmarks), lack of social capital, networking opportunities, and sense of belonging (“this is a man’s world”).

Since the 1960s, the French-speaking Montreal business class have formulated various representations of the economic and urban restructuring problems that the metropolitan area has had to face. They have also thought of several solutions. Beginning with the postulate that in the economic analysis of the city, discourse and representations have taken on greater importance, the authors examine the representations of the decline and recovery of Montreal as covered in articles published in the French-language business press between January 1960 and January 2003. First, six recurring themes can be found: the status in Montreal within Quebec, the decline of Montreal’s economy in comparison with that of Toronto, local and metropolitan governance, the role of the State, the entrepreneurship of the business class, and the contribution of the new economy to Montreal’s recovery. Secondly, we examine the scope of the discourse of the business class regarding government policies and programs focusing on the recovery of Quebec’s largest city. 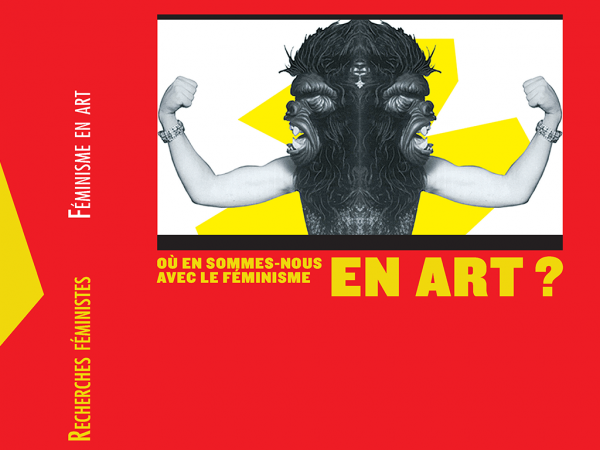 After thirty years and sixty issues, Recherches féministes is better established and more legitimate than ever in the world of scientific publications. It has reached a point where we often forget the challenges faced by the journal upon its foundation in 1988. Results of a meeting with a journal whose history and struggles are also those of feminist studies and their recognition.