1. The diversification of publication sites

One of the earliest effects of the transition to digital publication has been the diversification of publication sites. Increasingly, the best articles are published outside of high-impact journals. The reason for this is simple: researchers now find their secondary sources not in the small number of (printed) journals, but in a much greater pool available online.

Consider the Proceedings of the National Academy of Sciences (PNAS), which has existed since 1915. At the beginning of the 1990s, it published nearly 9% of the articles among the 1% most cited. In 2010, it published less than 3% of this 1%, which reflects the phenomenon of the de-concentration of publication sites. 2. The anglicization of publications and the resistance of national journals

We must first temper the triumphalist discourse on the internationalization of research – which is often identified with anglicization – by recalling the importance of national journals and national languages particularly in the social and human sciences (SHS). Thus, despite the prestige associated with international journals, platforms that publish journals in French in francophone universities in Quebec (Scholar, Cairn Revues.org) generate more downloads than the five large commercial publishers (Reed-Elsevier, Wiley-Blackwell, Springer, Sage Publications and Taylor & Francis). More importantly: a significant percentage of the journals that come with a subscription to these large commercial publishers are never consulted.

In Germany and France, researchers in SHS publish a greater proportion of their research in their national journals. In Quebec, we publish much more in English. This is explained by the fact that national journals are not as well indexed which makes them less attractive to researchers, but also by the proximity of English, both in and around the province of Quebec. Nonetheless, anglicization has also affected Germany and France. In 1980, 30% of German and French SHS research indexed in the Web of Science (WOS) was published in English. In 2014, it was approximately 80%. In the same period, Quebec publications in English indexed in the WOS also increased from 70 to 90%. Of course, these percentages do not include data from Érudit; when these are included, the proportion of English is two times less, or 45 per cent.

3. The lengthening of an article’s life-span

While the digital era accelerates many things, it lengthens others. Thanks to digitization, we cite older articles and publications. Since the beginning of the 1990s, the life-span of scholarly articles has increased and this is true in all disciplines, including the natural sciences and medicine where the obsolescence of articles is typically greater than in SHS.

How can we explain this effect of digitization on the life-span of scholarly articles? A first hypothesis would be that digital publishing gives access not only to more recent knowledge, but also, thanks to the scanning and the indexing of early issues, to older knowledge. Older publications are indexed on Google Scholar where they are frequently consulted. Work in the history and sociology of science also suggests that scientific revolutions now proceed at a slower pace and so the older works remain relevant longer.

4. The strengthening of an oligopoly

In 1995, Forbes predicted that Elsevier would not survive the democratization of knowledge promised by the Internet. It seemed like common sense. In particular:

The web had been created to bring academics together; now it offered them a way of sharing their research online for free. What need would anyone have for fusty, expensive journals?

Other since have ventured to predict the end of the large commercial publishers. They too were fooled. Not only are Elsevier et al. still in great economic shape, but their control of scholarly publishing has only increased. Faced with the need to take the digital turn and not always equipped to do so, smaller publishers are gradually bought out resulting in greater market concentration. Today, a handful of publishers control more than half of the articles published.

Commercial publishers know how to capitalize on their dominant position and the dependence of the scientific world on publication. Over the last 25 years, their subscription rates have increased by almost 400% and their profit margins now approach 40%. All of this has occurred in a context where neither the authors nor the article evaluators are paid for their work since this is part of their task as paid researchers, more often, by public funds. And these funds are also used to pay for university subscriptions to the same journals…

The possibility of offering open access without restriction to scholarly publications is one of the major innovations offered by digital publishing. Today, at the international level, more than one article in two is distributed through open access.

> The “green route”: self-archiving by the author in institutional or commercial repositories,

> The “golden route”: the publication of the final version of the article on the journal’s site with free access.

In the countries where research and teaching suffer dramatic under-funding, but also in some practice communities (think of community organizations), free access to knowledge is a major issue. There is no doubt that researchers have responsibility for the questions raised by the accessibility of their work.

The other argument regularly raised in favor of open access is the advantage in terms of article citations. Whatever the mode of publication, open access has on average 24% more impact, and even 41% greater impact for articles distributed through the green lane or in a hybrid mode.

6. The questioning of the role of the journals

Disseminating research results, ensuring evaluation by peer review and archiving knowledge are no longer the exclusive purview of scientific journals. Many question the existing system of evaluation which could be made much more open and delegated to the community. With regards to dissemination, it would be possible to simply deposit articles on a web site without going through a journal. Finally, archiving can be done via institutional repositories or other web sites.

First, the scholarly journals are indispensable in the process of drawing together research communities. In SHS especially, they promote the creation of real ecosystems of researchers around local or national objects of research.

Secondly, the research system being one of credits and credentials, the scholarly journal is irreplaceable as a vector of symbolic capital. Not all journals enjoy the same credibility, it varies as a function of their history, the prestige of their authors, the universities with which they are associated, etc. While we might discuss whether or not that credibility is well-founded, it nonetheless remains the case that the symbolic capital associated with journals remains a necessary tool in the scientific field to prioritize discoveries, theories, the authors, institutions, countries…

It is important to remember that to earn symbolic capital journals must be read and cited and therefore be disseminated as widely as possible. To this end, open access seems the way to go.

This text is the revised version of a presentation given to the seminar “New Models of knowledge dissemination and Open Access in Canada” organized jointly by Érudit and the CRKN on November 17th, 2015 in Montreal. 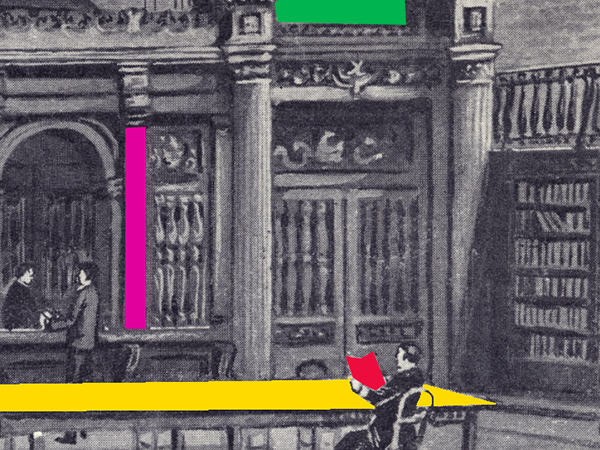 The positive impact of open access on the use and circulation of scientific publications is well known. We demonstrate here for the first time this impact for scholarly journals published on the digital platform Érudit. The analysis of downloads between 2011 and 2015 in Canada and internationally allows us to show that immediate open access worked in several ways to the journal’s advantage over delayed open access.