Robert Talbot is the English-Language Secretary of the Canadian Historical Association. He completed a SSHRC Postdoctoral Fellowship at the University of New Brunswick, where he studied the history of Francophone/Anglophone rapprochement in the twentieth century, and a PhD in History at the University of Ottawa, where he has taught Canadian history in French and English.

In addition to having presented at various academic conferences, he has published scholarly articles on political, military, Aboriginal and biographical history, as well as federalism and current affairs.

Robert has also worked in policy and research on language and culture issues for the Government of Canada. He lives in Ottawa and is the father of two, enjoys Curling, shawarma, and historical board games.

Robert Talbot is a co-editor of the CHA Bulletin / Bulletin de la SHC. 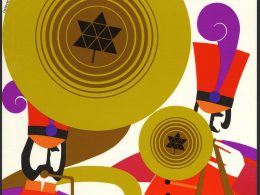