William Knight is Curator of Agriculture and Fisheries with Canada Science and Technology Museum in Ottawa.

Will is a historian of fisheries and museums, and earned his PhD (2014) in Canadian history at Carleton University. He wrote his dissertation on the Canadian Fisheries Museum and is currently working on a history of North American fish acclimatization and fisheries management. He wrote several journal articles and book.

William Knight is the Managing Editor of Scientia Canadensis: Canadian Journal of the History of Science, Technology and Medecine. 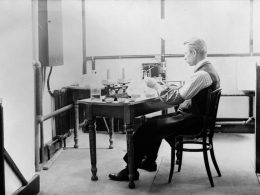