You are a researcher and an active member of the Wiki community. How did this commitment come about?

My involvement in Wikipedia projects began during a research project. As part of my doctorate, I worked on the digitization of photographic archives, their circulation and how they were used after upload. I became interested in partnerships between the Wikimedia community and official institutions such as libraries and archives [1]1Archives
Diffuser, partager et s’approprier le patrimoine documentaire québécois. Le projet collaboratif de BAnQ sur Wikimédia: une première au Canada
2016.

In order to understand how Wikipedia worked, I began to contribute, bit by bit, to the encyclopedia by correcting articles and creating articles on themes that interested me, not necessarily related to my research themes, but things like buildings and places related to the neighborhood where I lived in Montreal.

At the same time, I continued my research on the issues of free licenses, the negotiation of reuse, the open use of historical documents and copyright protection.

So far, I have pursued these research fronts in parallel believing that while Wikipedia is a platform with flaws and imperfections, it does exist and everybody uses it. Researchers and those who are able to correct mistakes must therefore participate in its improvement.

Do researchers readily take on this responsibility?

I would say that researchers’ perceptions have changed in recent years; we have come a long way [2]2Journal of the Canadian Historical Association
History, Interactive Technology and Pedagogy: Past Successes and Future Directions
2012. We realize that Wikipedia is a tool for the democratization of knowledge, for scientific popularization. It is, so to speak, a communal encyclopedia. It is also a site that is used every day. It is somewhat hypocritical to criticize Wikipedia since as soon as we look for the slightest bit of information, this is where we go first. But I think this attitude is changing.

Most researchers are also educators or teachers. They are alert to questions concerning the transmission and democratization of knowledge and see the potential of Wikipedia in this regard. For some, of course, it is easy to get started; for others it requires support.

Wikipedia is therefore an educational tool?

One of the linkages between Wikimedia’s principles and scientific culture is the importance of citing sources. You cannot create an article on Wikipedia if there is not at least one, if not two or three, references. This is a sine qua non condition. Now, as teachers, we are always telling our students to quote their sources.

It can also be a way to motivate students. Clearly, working on a term paper knowing that it will end up at the bottom of a drawer is less motivating than knowing that one is contributing to an article that may be consulted by thousands of people.

Another interest is the discovery of the code behind Wikipedia, the “wikicode”, which is a simplified form of html. For those who do not know much about html or who want to learn, it is a great opportunity to become familiar with a markup language.

There is also the issue of metadata, which is another important aspect. When you upload an image or a file in Wikimedia Commons, the multimedia database, it is essential to refer to it, to describe it and to add categories so that it can be found.  Indexing is a really important skill in digital literacy [6]6Éducation et francophonie
Le Web 2.0, rupture ou continuité dans les usages pédagogiques du Web?
vol. 41, no 1.

Finally, it raises awareness of the issue of copyright compliance in the context of free licenses, since Wikipedia uses Creative Commons licenses. There is this idea that, with free licenses, we can do anything, we can take and reuse things without citing anyone [7]7Documentation et bibliothèques
Les enjeux des bibliothèques musicales à l’ère des pratiques culturelles numériques
2007. This is an opportunity to raise awareness, to explain that a free license does not mean free to do anything. Copyright is another important feature of digital literacy.

Can you give us concrete examples of workshops, training programs or projects?

Every month, my colleagues at Wikimedia Canada give workshops at the Bibliothèque et Archives nationales du Québec (BAnQ), in collaboration with the Association francophone pour le savoir (ACFAS) and the Fondation Lionel-Groulx. These are workshops open to the public; everyone can participate.

I do more specific training in the context of projects that may be research projects. For more advanced, more technical training, I work with Wikimedia Canada. They have developed an expertise in terms of training and I can talk about links with the world of research or support a process of reflection.

For example, a colleague (Karine Gentelet) and I, along with Wikimedia Canada, are involved in the project “Knowledge, culture and Atikamekw language in Wikimedia projects“, which was initiated by members of the Atikamekw community and teachers from Otapi High School (Manawan). We are putting together a toolbox for the project in case other First Nations want to do the same thing, that is, create an encyclopedia in their language.

The three authors discuss their experience and the strategies they have used in the collaborative project of the Quebec Library and Archives (BAnQ) on Wikimedia Commons. The project aims to fulfill one of the BAnQ’s most important missions : to offer democratic access to the culture and to knowledge.The project has four thrusts. The first, launched in 2013, relates to the addition of links to archival fonds on more than 800 articles in the collaborative encyclopedia Wikipedia. In winter 2014, a second thrust was undertaken, this time related to the training of Wikipedia users. The project Wiki Tuesdays, free and open to everyone, aims to improve the francophone content of the encyclopedia by training contributors. The third thrust, the Poirier Project, started up in summer 2014 and offers a tool for the selection and uploading of hundreds of public-domain photographs on Wikimedia. Finally, the fourth thrust was launched in autumn 2014, and relates to the collaborative transcription of works conserved by BAnQ on Wikisource, a collaborative digital library project.The authors believe that the project and its elements offer tools which permit sharing of heritage and increased public collaboration. This active participation by BAnQ in Wikimedia Commons offers greater visibility to BAnQ’s collections and, therefore, their communications.

Back
2
History, Interactive Technology and Pedagogy: Past Successes and Future Directions
Journal of the Canadian Historical Association
vol. 23, no 2 (2012) : 1-20

[In 2001, was created] the Interactive Technology and Pedagogy certificate program (ITP) at the CUNY Graduate Center, an interdisciplinary program that provides doctoral students from a range of academic disciplines with opportunities to reflect on the broader theories behind and pedagogical implications of digital technology usage in the academy. [...] Our ITP students are helping reshape the pedagogy of many CUNY undergraduate classrooms, using blogs, wikis, websites, digital cameras, and other digital technologies and pedagogical strategies, to engage CUNY undergraduates as more active makers of knowledge, not merely as passive consumers of it.

This article uses the concept of Web 2.0 to define the concept of "library 2.0". It suggests that the recent analyses of the evolution of the service offer of libraries are necessarily linked to the knowledge of technologies and to the philosophy underlying the Web 2.0. The purpose of such an undertaking is to examine new ways of operating libraries that coincide with the research and the information-seeking habits of users. Technologies such as blogs, Wiki sites, RSS feeds and social networking play an important role in the evolution of the service offer. This article examines a new concept of library operations in which notions of co-creation and evolutionary and interdependent service are key; they constitute the framework of an "ecosystem" library. With co-creation in mind, the authors study the role of the user in this "ecosystem" as well as the changes to be undertaken from the point of view of the users, the organisation and its mission.

This chapter presents some experiences of on-line collaborative writing for language learning. It questions the specificities of supports which aim is not originally educational, such as wiki, blog, forum. We present learning environments organised in the field of Language Sciences and Foreign Language, for students of both graduate and post-graduate levels. We show how research can foster and guide these experiences. The discussion concerns the pedagogical questions that arose throughout the analysis of these environments.

Recent studies indicate a wide use of the collaborative encyclopedia by both students and teachers. Its use both as a learning resource and a means of distributing scientific information risks challenging an entire system of values based on academic expertise. Instead of taking a polarised position (for or against Wikipedia) which would be useless and counter-productive, this article attempts to highlight the perception and use of the encyclopedia in a university setting and to initiate a discussion centred on the emerging issues of numeric literacy.

This contribution focuses on the emerging uses of ICT in education, and more specifically those related to Web 2.0. After having reviewed the main characteristics of Web 2.0 and its educational uses, we will try to analyze what constitutes a departure from the way ICT were being used in the standard framework of the Web.To do so, we will use a device designed in the early 2000s (Galanet) to verify to what extent educational approaches implemented through this device can be compared to those advocated by socio-constructivism and the social Web. After analyzing the data from a variety of sources, the authors believe that the Galanet environment may be considered a tool of passage, which has allowed students to experiment with certain techniques ahead of time, techniques that we can now qualify as relevant to the social Web.

The development of new means of disseminating information begs the following question: how do libraries adapt to the new cultural practices, including the consultation of texts and audiovisual materials, and still comply with copyright considerations? In that context, how do libraries offer a service that is better than what is easily accessible on the Web, especially given the free access to downloading systems, and still respect the copyright law and meet user needs? 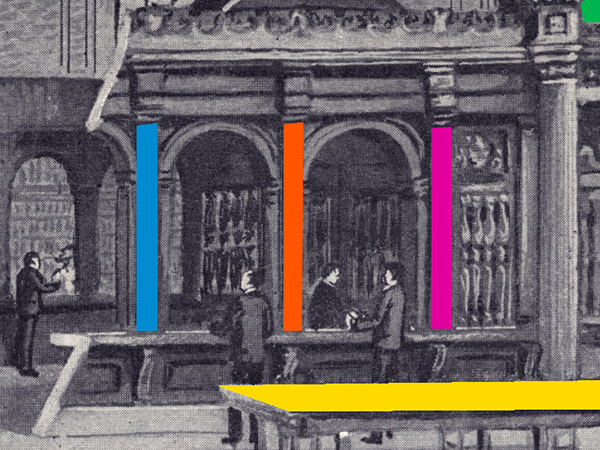 By facilitating the creation, update, access and transmission of information, digital publishing leads to a transformation of the modes of production and distribution of scientific journals. This transformation is not yet complete, but we now have enough hindsight to identify the changes that the digital era, which began in the 1990s, has produced in the field of the scholarly publishing.